Skip to main content
It looks like you're using Internet Explorer 11 or older. This website works best with modern browsers such as the latest versions of Chrome, Firefox, Safari, and Edge. If you continue with this browser, you may see unexpected results.

Select a poem written by an author listed below. Do not select those poems that we have dealt with in class. Write a 4-5 page (text) explication of the poem. Use MLA style in formatting your text and preparing your bibliography. Make use of at least four secondary sources in developing your paper. In citing lines from the poem, use the “official collect works” as your primary source. Be sure to include a copy of your poem. Do not count it in the page count. In examining your poem consider the following issues.

1. When and where was the poem first published?

2. What are the historical facts as to how or why the poem was written?

3. Are there any religious, political, or historical references in the poem? If so, how do they contribute to an understanding of the poem’s message?

4. Is the poem reflective of any particular literary period or movement?

1. How many lines does the poem contain? How are they arranged into stanzas? Is either the entire poem or the stanza an example of a traditional poetic form? If so what are the typical characteristics of this form and where do we see these characteristics manifested within the poem?

2. Is there anything striking in the visual arrangement of the poem—indentation, spacing, etc.?  Are capitalization or punctuation unusual?

3. In what meter, if any, is the poem written? Are lines primarily end-stopped or enjambed?

4. What is the rhyme scheme, if any, of the poem? What types of rhyme are used?

5. Are significant sound patterns (alliteration, assonance, consonance) evident? Is there any repetition of entire lines, phrases, or words?

1. To what genre (lyric, narrative, dramatic) does the poem belong? Does it contain elements of more than one genre?

2. Who is the persona of the poem? Is there an auditor? If so, who? What is the relationship between persona and auditor? Does the poem have a specific setting? If so, where and when does it take place? Is there any action that has taken place before the poem opens? What action takes place during the poem?

3. Does the poem contain any difficulties with grammar or syntax? What individual words or phrases are striking because of the denotation or connotation?

4. Does the poem use any figures of speech*? If so, how do they add to the overall meaning? Is the action of the poem to be taken literally, symbolically, or both ways?

5. Is the title of the poem appropriate? What are its subject, tone of voice, and theme? Is the theme stated or implied?

Before the Birth of One of Her Children

To the Right Honourable Earl of Dartmouth

A Farewel to America

Stanzas Occasioned by the Ruins of a Country Inn

On the Great Western Canal of the State of New York

An Indian at the Burying-Place of His Fathers

A Psalm of Life

The Wreck of the Hesperus

Song of Slaves in the Desert

Vigil Strange I Kept on the Field One Night

If you have some other poem by one of these poets that you would like write your explication about, come and talk to me.

Students are directed to write a 6-7 page research paper based on the life and literary works of one of the authors from the list below. Students should address the following three subjects in their written presentations. A majority of the paper should focus on the last two categories.

Papers should be meticulously documented and formatted according to the MLA style and should include a bibliography of at least six secondary resources. These sources are not to come from the Internet, or from literature anthologies. They are to come from books (2 solely about individual writer required), journal articles, and reference books that treat the author with a substantial amount of content. It would be wise to determine how thoroughly and how frequently the author has been treated by academic scholars before selecting your author. Only one paper will be allowed on each author. In addition to research into secondary sources, you should, depending upon whether the author is a poet or prose writer, read 15-20 poems or 4-5 short stories by the author. This activity will allow you to speak more intelligently about the author and to judge the appropriateness of comments made by critics. 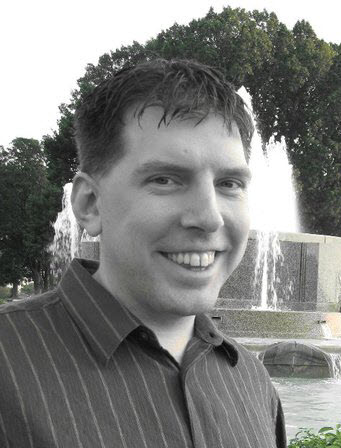